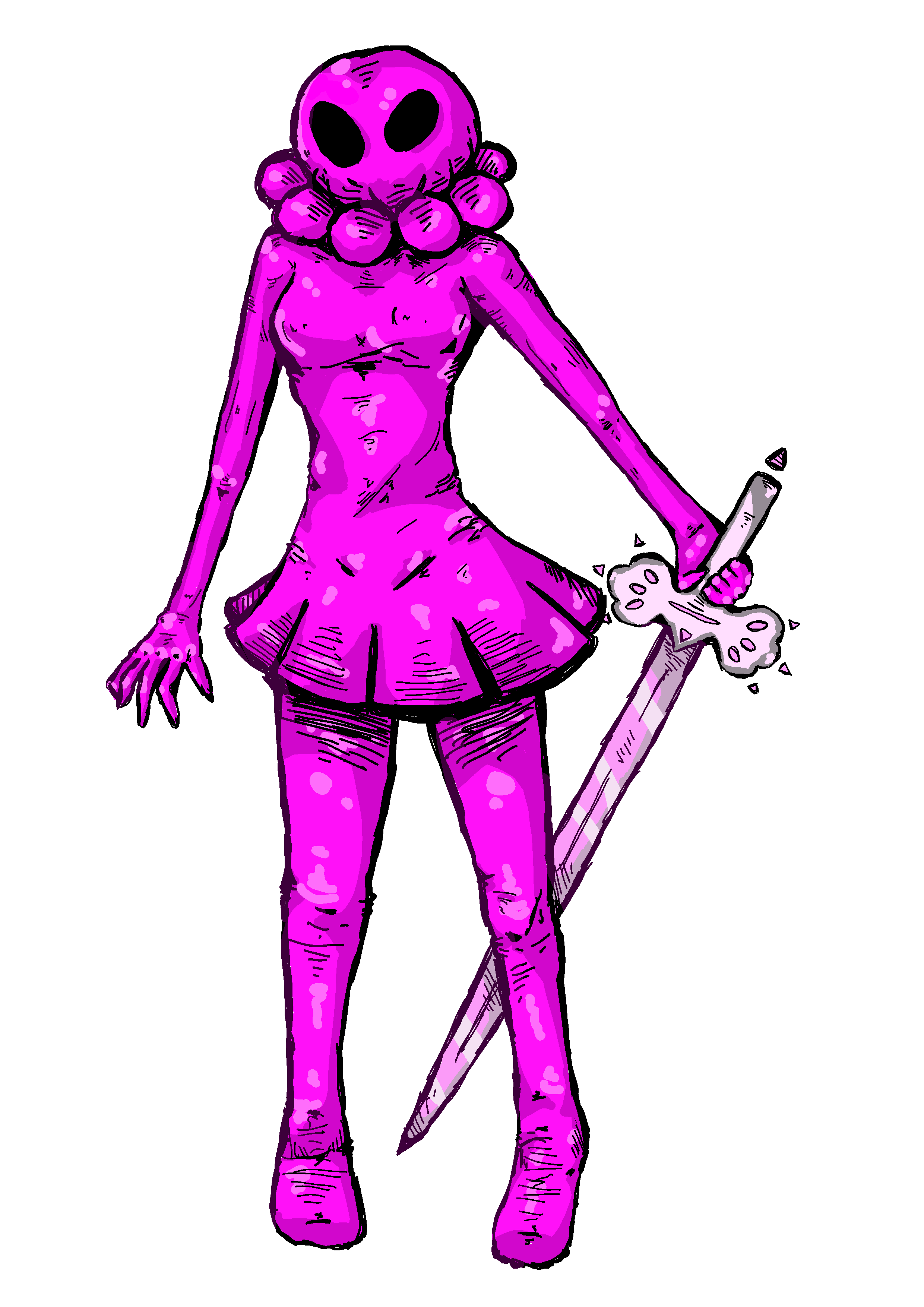 Aika's personality depends on her form.

Red Aika is the more energetic and impulsive half. While very good at fighting, she can be rather clumsy at times since she doesn't think through her actions. Like almost all forms of Aika, she is a beacon of positivity and inspiring to many. Her emotions can get the better of her sometimes.

She is the much more calm and spiritual half. She's not as good as a fighter as Red, but her cool and collected approach to battle gives her a more calculated set of skills. Instead of taking a situation head on, she'd rather passively wait for someone else to do it. She is more aware of her godhood than Red due to her status as a spirit.

When Red and Blue finally combined, Pink Aika was born. She is the true personality of Aika. The energy of Red and the calm of Blue combine together to make a perfect balance fit for a god. The combined positivity from both entities make the full Pink Aika the most positive an individual can be. This helps her become a great god for all.

This is Pink Aika but ascended, as she is just like Pink Aika but even more godlike and aware of her godly duties. Despite her having to leave her friends on the surface behind to ascend to Heaven, she still tries to keep social with her fellow angels and doesn't give into loneliness. She likes to send little signs down to Earth for her friends. She is closed off to romance though, for the other party's own good since she is so busy.

This is a Blue Aika who succumbed to the darkness of Diabolus due to Blue Sasha being too late to perform the ritual dance. This Aika has a dangerous god complex. Instead of being peaceful and humble with her godhood, she is violent and tyrannical. She's emotionless and serious. Instead of her typical sword, she uses a cleaver.

After a few drastic run-ins with gangs and enemies, a rapper and bodyguard from the experimental band Cat Cult named Isaac felt it was too dangerous to do his job alone anymore. Plus, it has become too much to rap for the band and protect it at the same time. He confided in Cat Cult's manager Katty in hopes for a solution. Katty, with her technological skills and her newfound interest in tulpamancy, went straight to work on an experiment. She set out to create an entity from one's mind (a tulpa), as well as bringing that entity out from the spiritual world into the physical world using advanced technology. Katty wanted to create a perfect and loyal co-bodyguard to work with Isaac. After a year of rigorous research, experimentation, and hardship, Aika was finally brought into the material world from Katty's own mind. Aika passed all of Katty's scientific tests with flying colors. Despite being a bit clumsy and brash, Aika was finally ready to start her job after only a week of training.

Aika went straight to work with her co-worker Isaac, protecting the band from threats and danger. Katty always kept a watchful eye on her creation. Aika's sole purpose in life was to protect and fight for the band, and Katty did everything in her power to make it stay that way. Aika had a lot of restrictions on what she could do and was usually confined to the bars of her job. However, she remained positive and friendly to everyone. But she did wish for something more. She developed a close friendship with Isaac and they soon became the best of friends, talking to each other about everything. Isaac introduced her to his favorite types of music, and that set her off to together her own favorite music such as the band Cibo Matto. Aika and Isaac fought a lot of foes looking to destroy the Cat Cult in various ways. There was one individual though, who fought with a personal vendetta against Aika. This was a cold and cruel delinquent named Sasha, who felt Aika ruined her life in a weird and spiritual way. Aika obviously had no idea what she was talking about, Despite their rivalry, Sasha had a burning infatuation with Aika. Sasha hated this fact. At one point, Cat Cult invited superfan Snippy the Elf to be their roadie. Aika started to protect Snippy and make him feel safer during tour season. This is what really started Aika's protective nature for her friends.